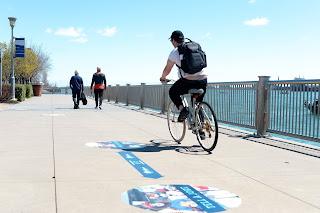 “The riverfront redevelopment in Detroit, a city with 14 miles of shoreline along the Detroit River, is one of the city’s most exciting initiatives,” USA TODAY wrote about the Detroit Riverwalk. “The East Riverfront of the Detroit International RiverWalk stretches from Joe Louis Arena to Gabriel Richard Park and includes several parks, restaurants, splash parks and natural areas.”

Trinity Trains in Fort Worth