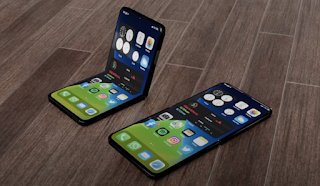 Rumors of an incoming foldable iPhone have been circling for some time, backed up by a number of intriguing patent applications. But now we have word that the concept is off the drawing board and ready for testing.

According to China’s United Daily News, Apple is now actively testing prototype folding iPhones with different parts from its supply chain, including panels from Samsung, and bearings from a number of suppliers. Assembly duties will be handled by long standing partner Foxconn.

iPhone 13 gets the upgrade of our dreams

To be clear, it’s not anticipated that the folding model will launch next year alongside the iPhone 13. This is, according to the report, a product that’s currently pencilled in for September 2022, though that could also be pushed back or cancelled if it doesn’t work out for whatever reason.

With that in mind, Apple is apparently setting quite a high quality control threshold. The publication notes that while regular laptops tests require them to be opened and closed between 20,000 and 30,000 times. The folding iPhone, meanwhile, will require over 100,000.

That makes sense: not only are phones used in much shorter bursts than laptops, requiring more stress on the body in a given day, but it’s a similar benchmark to that used by Samsung when testing the original Galaxy Fold. Samsung actually doubled this, aiming for 200,000 folds – or five years’ use, if opened 100 times a day – but even halving this would come close to three years, which is well within most people’s iPhone upgrade patterns.

Apple is, of course, a bit behind the curve on this one, with different forms of folding phones already commercially available from Samsung’s Galaxy Z Fold 2, Motorola’s 2020 Razr and Microsoft’s Surface Duo.

This late start shouldn’t be surprising, however: Apple is often a late adopter of technology, from wireless charging to face unlocking. The flip side of this is that by the time new tech reaches the iPhone, it tends to be mature enough to function very smoothly indeed: if you compare Face ID unlocking to early Android rivals, it’s simply no contest.

Apple will be hoping that its foldable will arrive without any hiccups like those that troubled the launch of both the original Galaxy Fold and Moto Razr. That’s why this early prototype stage is vital – and why we’re looking at 2022, not next year, however painful that wait will prove for iPhone diehards who fancy a phone that folds.